Much like love, chocolate can be rich and heady, distractingly sensual, sweet and bitter. Just ask Chance. He’s been the catalyst of many a relationship over the years, though he himself scoffs at the notion of a happily ever after. But sometimes a mere hint of sweetness is all it takes. 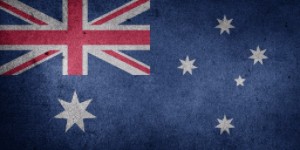 Jordan: Your sense of humor was one of the characteristics I thought would make you a good fit for this project. What sorts of things do you find funny?

Sean: Being from the colonies, you tend to have a very British sense of humour.  Usually slapstick or goofball with a tinge of darkness.  Comedies I like range from screwball comedies like Bringing Up Baby to dark comedies like Heathers or the stupidest of the stupid like Molly Shannon’s classic Superstar.  But I love humour that develops when ordinary people get caught up in extraordinary situations and there’s that sense of I don’t really know what’s going on but I just have to go along on the ride.

Jordan: Since I heard non-US writers are often made to set their stories in generic US cities because that’s where the publishers plan on marketing the ebooks, I figured I should be contrary and nudge you to write something set in Australia, like your breakout novel Tigers and Devils. What considerations do you keep in mind when you set a story in your home country?

Sean: The problem is in keeping an Australian flavour while explaining enough so that an international readership will ‘get’ the references.  You and I were just talking about this yesterday during the editing process when one of my characters think that the other one is ‘a spunk’.  Totally different connotations in different countries! I think sometimes that publishers are shooting themselves in the foot by trying to make every story ‘generic USA’ because we miss out on all those wonderful nuances that happen when people write about different places.  I also think they’re not giving readers enough credit – I Google if something stumps me, it’s not like I sit there thinking ‘does not compute, cannot continue reading’ and I’m sure other readers are the same.  I love reading books that are set in places foreign to me – it’s the closest thing to travel for me at the moment!

Jordan: Chance is the shared character who’s being revealed bit by bit as the series marches on. I was bummed I had to tell you his secrets so you could write him, since I tend to play my hand close to my chest. What did you think about Chance while you were writing him?

Sean: I kind of liked that he was just as much a mystery to me as he was to the characters.  It was like I could play along with that mysteriousness as I had no idea what he was hinting at either when he spoke cryptically about things that happen in the story.  And it was just really interesting writing a character I hadn’t created – I felt like I had to do justice to the original creation and he actually ended up being in the story a lot more than I envisioned.  That’s probably how Chance planned it.  He’s very manipulative in that way!  I look forward to seeing what else he manages to affect in the lives of future characters.

Jordan: Well, you sure wrote him as a saucy little devil, which is just the way I like him. And I need to fan myself when I think of him speaking with an Australian accent! 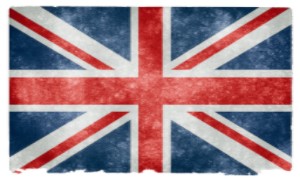 Clare penned her novelette London Eye once the project was pretty well underway, and it was such a natural fit that not only did I include it in the series, I invited her to collaborate on the pivotal piece of Chance’s unfolding tale that became Media Naranja.

Clare: I feel like the New Girl joining very late into the school year. All the lessons have been scheduled, places in the classroom have been allocated, friendships have been made. Then in I come! I know the timetable, I’ve hopefully got the right grades—I’m just not sure my pencil case is the right colour…

Enough of the daft school metaphors. It’s just a way to describe my huge excitement and respectful apprehension at joining the established team. Of course, I’m already a published author, I’m a team player (when I need to be *g*) and I’m definitely a big fan of Chance. Still, I was beyond thrilled when Jordan accepted my story into the latest release.

Ever since I started reading these novelettes, and Chance began travelling the world, I’ve wanted to see him in London. I loved the thought of mixing his rather wicked, worldly and sexy manipulations with the prim British reserve. And I wanted to share my city with him, where he could meet our characters, suffer our indomitable spirit, and learn some new, rather odd slang!

Bittersweet Candy Kisses is a fabulous adventure. The world is unmistakably and deliciously Jordan’s, but the clever way she’s constructed its underlying mystique to overlap with the characters’ routine allows other authors to bring their own entertainment to the party.

And what would Chance say? He’d just wander up the classroom aisle, pat me (maybe?) affectionately on the head and tell me to get over myself. Or something like that.

A storefront. You’ve never noticed it before. It’s small, unassuming, and yet there’s something about it that draws your eye. And the scent drifting out, dark and aromatic, so enticing. How could you have overlooked it? It must be new.

So why does Sweets to the Sweet look like it’s been there for ages? And the pale man behind the counter…certainly you’d remember him.

Curl up on the couch with this delicious collection of novelettes. Each one is just the right length of an evening’s read—or gorge on all of them in a long, sweet weekend.

Previously released individually as the Petit Morts series, now available together for the first time in this sweeping omnibus anthology.

Twelve stories, over 180,000 words—the length of two novels.
Buy at your favorite online bookseller – only $4.99