It’s Halloween, time for so many good things. Horror movies. Scary stories. Cool random gothy items in the Dollar store. But it just wouldn’t be Halloween without the candy.

Vic likes chocolate, but is also leery of ending up with suspicious brown smears all over his shirt. Luckily, there’s a candy that solves that exact problem: M&Ms! (Melts in your mouth, not on your hands!)

“And no weird flavors, either. Plain chocolate. Or peanut, if that’s all you’ve got.”

M&Ms may not melt on your hands, but they do tend to roll away. Vic has found stray M&Ms in his coat pocket, under his car’s floor mat, and behind a phone book from 2002. He asserts each color has a slightly different taste, if only from the varying amounts of food dye in the shells.

Jacob has the willpower to stay away from chocolate, but he has a hard time passing up anything cinnamon. Big Red gum, cinnamon Altoids, and especially Hot Tamales.

“Cinnamon kisses are memorable. But definitely watch where you put your mouth otherwise. There’s such a thing as too much sensitivity.” 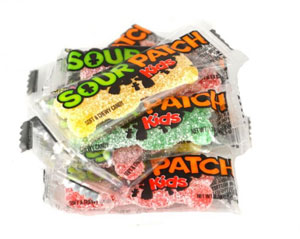 Crash is a fan of anything sour, though he prefers his tartness with alcohol, particularly margaritas, vodka sours, or limoncello collinses.

“But for sheer kitsch value, you’ve gotta love Sour Patch Kids. And there’s no gelatin in them, either…so even the vegans out there can indulge.”

And as for Me…

I’m on a “gums of the world” kick. So far, in addition to my native US gum, I’ve had gum from the Netherlands and England…and thanks to fellow author Chris Owen, I’ve got a nice stash of Canadian gum too. Stimorol was like chewing a cough drop…ew. Thanks, Britain. Good ol’ Trident is still my favorite.

[NOTE: WINNER HAS BEEN DRAWN, THANKS!]
I’d love to hear what your favorite candy is! Tell me about it in a comment for a chance to win a prize pack including delightful swag and a JCP ebook or audiobook of your choice, and visit these other fine authors for a chance at more Halloween goodies.