Something Stinks at the Spa

Available for preorder on Amazon now – at all the usual retailers June 6! 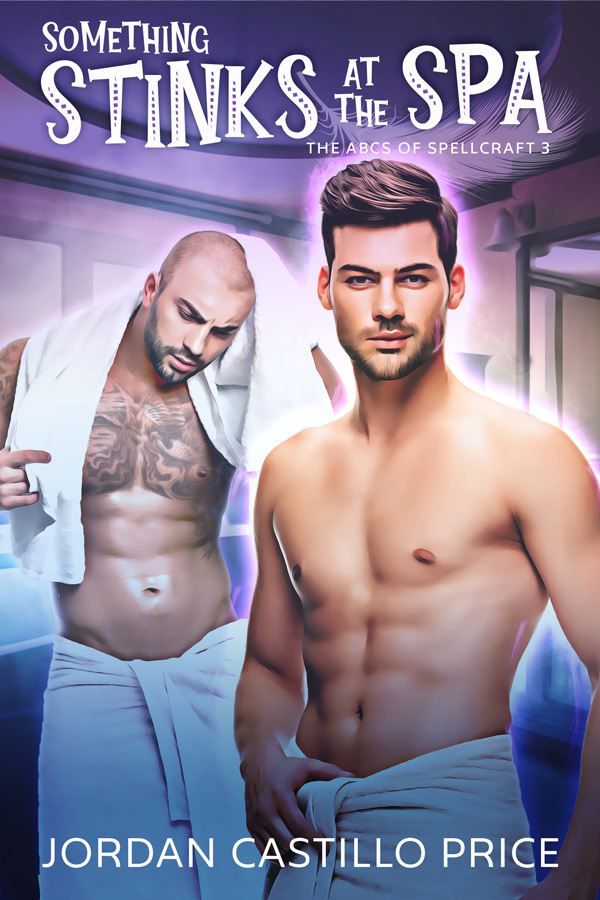 Mineral spas are so calm and relaxing…unless they smell like a derrière at a bean-lover’s convention, that is!

Dixon and Yuri have a hot tip that Uncle Fonzo is taking the waters at Spring Falls Hot Spring Spa. Not only is the spring stinky enough to make your eyes water—but the foul odor reaches peak level just as the resort is gearing up for a visit from an important critic that will make or break its reputation.

Normally, this wouldn’t be Dixon’s problem…except it appears that a piece of his uncle’s Spellcraft might be responsible. He can’t be entirely sure, though, since that particular slip of paper managed to go through the shredder.

Dixon and Yuri pitch in to help the spa’s owner appease a jilted bride, an obnoxious businessman, and the world’s most boring critic while they scramble to reconstruct the shredded Spellcraft. Can they fix the wonky spell before it does any permanent damage? Or will all their efforts at saving the spa end up swirling down the drain?

The ABCs of Spellcraft is a series filled with bad jokes and good magic, where MM Romance meets Paranormal Cozy. A perky hero, a brooding love interest, and delightfully twisty-turny stories that never end up quite where you’d expect. The books are best read in order, so be sure to start at the beginning with Quill Me Now.